This self-directed course is worth 3 Category A continuing education credits.  RadComm Courses are Approved by the AHRA and Recognized by the ARRT.

The Course Costs $30.00 USD for a full year of access. All RadComm courses are backed by a full money-back guarantee.

RadComm courses are designed for busy techs just like you.  Each self guided course is:

Enroll Now For Just $30
Learn More About This Course

The number of mammogram screenings has increased significantly and more nonpalpable breast abnormalities are being detected. This has led to more biopsies being performed. A biopsy is the most important step in the detection of breast cancer. It provides the physician and patient with the dependable, microscopic proof of malignancy needed before suitable treatment can begin.

Biopsies were once done using an open surgical method which increased costs and risks for the patient. The development of the needle biopsy lowered these risks and costs without compromising accuracy. The Stereotactic Breast Biopsy course begins by examining the medical approach to breast cancer before biopsies and how technology advanced to the sophisticated methods used today.  Heavy focus is placed on stereotactic breast biopsy to educate mammographers about various diagnostic techniques so they gain confidence in their practice and interact confidently with patients.

Find Out More About The Course

This course is intended to supplement the experience of assisting with a stereotactic breast biopsy. The course begins with a history of screening and treatment for breast cancer going back to the early 1900s. Mammography as an accepted screening tool for diagnosing asymptomatic breast cancer is covered, as is how it led to screening mammography and the increased need for biopsies. Mammographic signs of malignancy and how they influence biopsy decisions are explained.

Various imaging modalities used as guidance during biopsies are covered, including mammography, MRI, and ultrasound as is how the radiologist uses images to recommend a biopsy in the first place. Biopsy methods are explained, including open excisional surgical biopsy and the circumstances in which they are still recommended, fine-needle aspiration cytology or biopsy, early hand-held core needle biopsy, and stereotactic core needle biopsy. Methods of obtaining a stereotactic biopsy are explored, like upright add-on biopsy units and dedicated prone table biopsy.

The benefits, risks, and limitations of MRI-guided breast biopsy are carefully explained. A detailed explanation of the principles of stereotactic biopsy is provided, including coordinates, advantages, disadvantages, and challenges. The stereotactic biopsy procedure is meticulously laid out, including suggestions for troubleshooting and sampling adjustments, chip placement, and specimen handling. Indications and contraindications for stereotactic-guided biopsy are explained, as are specifications about completing pre-procedure verification, marking the site, and performing a time out. The stereotactic breast biopsy accreditation program requirements from the American College of Radiology are covered as are personnel qualifications, quality control tests, quality assurance, accreditation testing, and clinical images. For reference, a sample checklist of room-setup supplies for a stereotactic breast biopsy is also included.

This self-directed course is worth 3 continuing education credits and includes a 25 question multiple-choice online exam. By completing this course, you attain the Stereotactic Breast Biopsy Certificat.

Here are Just A Few of the Topics Our Course Will Cover:

Full case studies applying acquired knowledge to real-life situations.
Lots of helpful images, including real patient imaging. Plus many charts, graphs, and photos.
A detailed glossary and a complete review with quiz to demonstrate your knowledge. 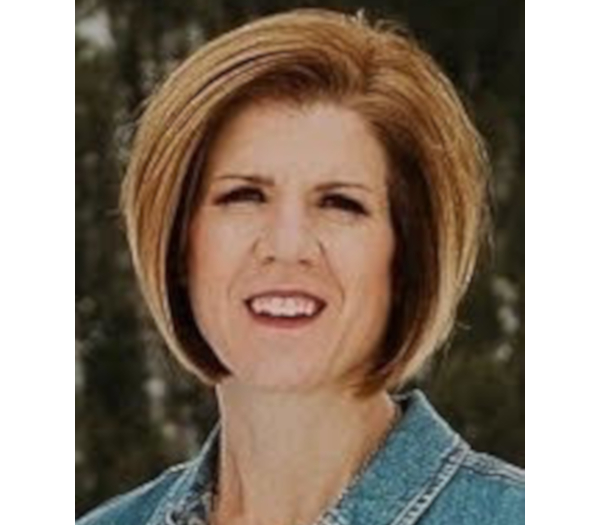 “I have been in radiology for 29 years and during that time I obtained my mammography license.  I enjoyed working in this field, but when we moved, I was employed in a clinic that didn’t have a mammography unit in their facility.  Years later, as I explored getting back into the mammo field, I needed to meet the guidelines and recommendations of MQSA.    I searched many online sites to find CE coursework to fulfill the requirements.  There are many offerings out there, however, Radcomm is the best in price and quality and I highly recommend it to anyone who needs CE credits.”

“Love everything about your program – prices, downloadable content, content is interesting and testing is appropriate to the field. So glad I found you!”

“I like everything about your program.  It is convenient, relevant to my job, and cost efficient.  I especially like the topics and I will recommend RadComm to my coworkers.”

These courses are an easy way to get my credits on my own schedule. The courses are always interesting and totally worth the time to read and complete.”

How Our Online Course Works

All you need is a credit or debit card to easily and securely sign up for our online course with our credit card payment center.

Immediately after your purchase, you’ll recieve private login information allowing you to access your course any time you wish.

Most RadComm courses are made up of 2 modules: The study guide and the quiz.  Pass the quiz with a 75% or better.

Once you pass the quiz module you gain instant access to a certificate which you can use to submit your credits to the ARRT.

Who is This Course For

Jeanette is the founder of RadComm. In her role as a breast imaging consultant and breast health educator, she has traveled the country instructing fellow mammographers in the fine art of mammography. She has been a registered radiologic technologist (ARRT) since 1975 and received certification in mammography in 1992.
She holds a bachelor’s degree from Mundelein College (of Loyola University), Chicago. She is a member of The Society of Breast Imaging and the Virginia Society of Radiologic Technologists. Jeanette was diagnosed with breast cancer in 1998 on an annual screening mammogram at the age of 42 and is proof that early detection saves lives.

How are RadComm Courses Laid Out?

Each interactive, self-directed course contains 2 modules.  The 1st module is the course content.  The 2nd module is the exam.  To get started select your desired course above and follow the prompts for immediate access.

How will I recieve my credits?

Mammography continuing education credits and certificates are awarded after the successful completion of each course and exam. You will be given the option to print or save a copy to your computer for your records.

Are Your Courses Approved or Accredited?

Can I Repeat a Course for CE?

Technologists may repeat any course for CE, if they complete it in a different biennium. Technologists using RadComm’s courses are responsible for tracking the courses they have completed on our site. RadComm assumes no responsibility for any issues arising from repeating a course(s) in the same biennium

Can Our Radiologists Complete these Mammography Courses for CME Credits?

No, these mammography courses are approved for technologist use and award Category A credits. They have not been submitted to physician governing bodies for approval.

I live in Florida. Are these courses approved by Florida?

Yes, these courses are approved by the state of Florida and have been assigned a Florida approval number, which appears on your Certificate of Completion. All other states recognize and accept continuing education Category A credits approved by an ARRT RCEEM (Recognized Continuing Education Evaluation Mechanism).

Can you explain the different mammography continuing education requirements?

As part of the 24 credits required per biennium by the ARRT, MQSA (FDA) requires 15 credits of mammography-specific continuing education every 36 months (3 years) for mammographers. To simplify the confusion, RadComm recommends that you obtain a minimum of 5 Category A credits in mammography each year to fulfill the MQSA requirement. For further clarification of these rules, please see our Rules and Regulations page.

Learn How You Can Help Her

This is Margaret.  By purchasing one of our courses you’re helping to provide her with the post secondary education she needs to have a brighter future.  If you’re interested in doing more, click the button below where you’ll learn how you can support other wonderful young women in Africa so they can get the education they need to bring themselves and their communities to new heights..